What are earwigs looking for?

Earwigs are strange-looking creatures, with their pincers, or forceps, protruding from the abdomen. Although they are somewhat intimidating looking, they are not poisonous and they do not spread disease. But this isn't much comfort to people who have found that these alien-looking insects have invaded their space. In this article, we are going to discuss some facts about what draws earwigs to your home. But first, let's clear up some misconceptions about these somewhat mysterious creatures.

For some, just the name "earwig" causes a shiver. The reason being, these creatures have something of a dark history. The myth has long been told that earwigs can crawl into a human ear and burrow into the brain where it will lay its eggs. This is a disturbing myth, to say the least. According to James Latta in 1795, "The creature called Forficula or earwig is said to make its way into the ear, and to occasion not only deafness, but violent pain by its biting; and there is an instance of record of a woman, in whose ear a nest of these insects were lodged, and reduced her to the greatest distress." So it is possible for these insects to crawl into an ear and cause pain, but these cases are extremely rare now. 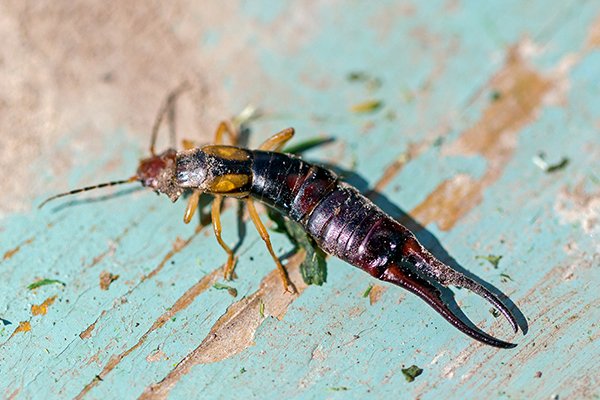 What Draws Earwigs In?

What Keeps Earwigs Out?

There are a number of steps a homeowner can take to make their home far less inviting to earwigs and a whole host of other pests.

How Do You Get Rid Of Earwigs Once They Have Invaded?

If you have found yourself dealing with an active earwig invasion of your home, reach out to the experts here at Moyer Pest Control. Our year-round pest control options will keep you earwig free, and free from a whole host of other more dangerous household pests. Contact us and schedule immediate pest control services!