Is It Mice Or Rats Disturbing Your New Castle Home?

Home › Blog › Is It Mice Or Rats Disturbing Your New Castle Home?

It may seem like a difficult thing to differentiate between mice and rats, but several noticeable physical attributes can help you separate the two. Rats are generally larger, heavier, and more aggressive than mice, often accompanied by large teeth and long whiskers. Black rats are smaller than their close cousin, the brown Norway rat, but both species are much larger than house or deer mice. Young or adolescent rats may resemble mice due to their size, but their long, hairless tails are a great indication they're rats. Most mice, including common household mice, have thin hairs on their tail that distinguish them from their larger rodent companions.

Don't let the word 'companions' fool you: these different species of rodents are not friends. In fact, the two household invaders can never cohabitate peacefully in the same territory. Most New Castle residents will experience the effects of only one type of rodent. You can take a deep breath now!

Mice vs. Rats: Which Is Worse?

There are several notable similarities between rats and mice that make the symptoms of their infestation seem similar: 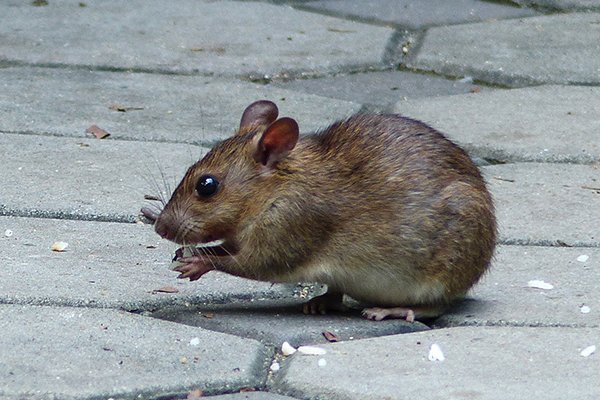 Rats may be large and aggressive, but mice have a short gestation period. For a professional rodent inspection in your home, call Moyer Pest Control today!

Moyer Pest Control Is On The Case!

When it comes to pest control, mice and rats require separate and unique treatments to be truly successful. Mousetraps will never catch the much bigger rat, and certain rat baits will never entice a mouse. The best approach to deal with these determined pests is to call the rodent control specialists at Moyer Pest Control!

Moyer Pest Control received an average rating of 4.4 out of 5 stars from 42 reviews. Read Google Reviews