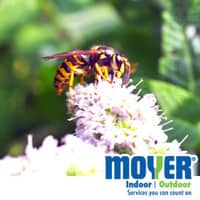 In the summer, we get a lot of calls on Monday morning from people who planned a BBQ in their backyard over the weekend and were harassed by bees or wasps during the party. There’s a good chance these insects were attracted to the food you were serving, which made them a nuisance on your property that you shouldn’t have to deal with.  If you’ve been suffering from an infestation of bees or wasps on your property, you’ll want to take steps to remedy the problem. The first step you can take it attempting to identify the species of stinging insect you are dealing with so you can let us know what type of insect is a problem on your property.

Both honey bees and bumble bees are beneficial insects.  Honey bees are between 1/2 and 5/8 of an inch long and are typically banded with orange and black or brown and black and are covered with pale hairs. They possess a barbed stinger which is left behind in their victim when the bee stings. Bumble bees are between 1/2 an inch and 1 inch long and are ‘chubbier’ than honey bees.  They have an overall fuzzy appearance and broad bands of black and yellow.  Bumble bees also possess a barbed stinger, but it is not lost in the victim when they sting.

Wasps are also beneficial insects, feeding on annoying insects, but they will also feed on flower nectar as well as our own food.   These insects are much more aggressive than bees and will sting if they feel threatened. They have the ability to repeatedly sting and not lose their stinger, which makes them a danger to anyone they feel is a threat to them or their nest. The wasps you may come across on your PA property include paper wasps, yellow jackets and bald-faced hornets.  Paper wasps measure between 3/4 of an inch long and 1 inch long and they are usually a combination of black, yellow, orange or brown with gray wings. Yellow jackets measure between 3/8 of an inch and 3/4 of an inch long and have yellow and black bands on their abdomens, although sometimes you will see them with white and black bands. Yellow jackets have wider abdomens than paper wasps. Bald-faced hornets are wasps, despite their name and they measure between 5/8 of an inch long and 7/8 of an inch long.  They are usually black with white stripes on their thorax and white bands on the end of their abdomen.

If you’ve located a stinging insect nest, don’t attempt to get rid of it on your own. By attempting this, you could cause the insects to feel threatened, which would then give them a reason to turn aggressive and sting you or your family members. Instead of trying to get rid of a stinging insect nest on your own, you should give the PA pest control professionals at Moyer Indoor | Outdoor a call. We’ve helped many homeowners throughout Bucks, Chester, Delaware, Lehigh, Montgomery, Northampton and Philadelphia counties get rid of wasps and other stinging insect problems. Contact us today for more information on our stinging insect control services and any of our other pest control services for your PA home or business. 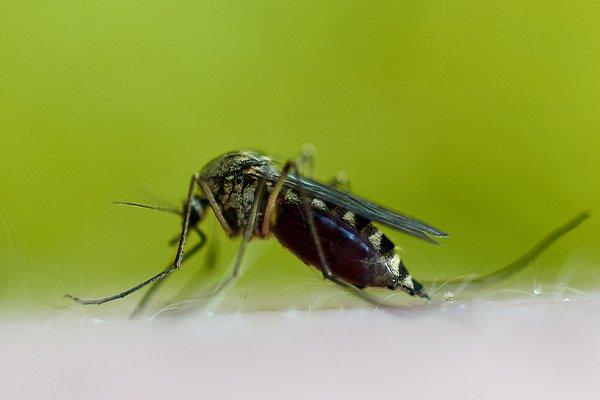 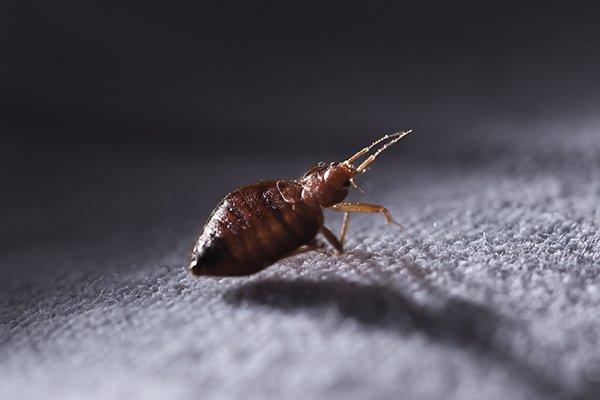 Are Bed Bugs In Souderton Dangerous? 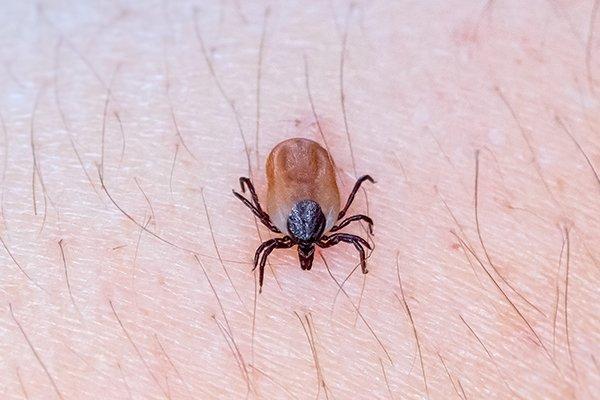